BNI, marathons, fundraising, and much, much more. 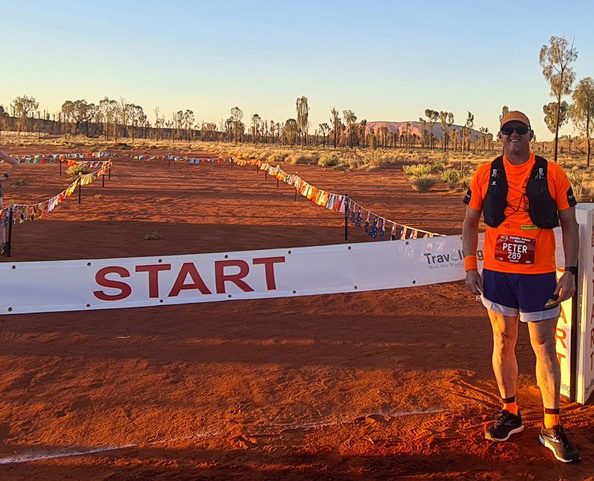 BNI Bayside’s Peter Glover has always been a fit bloke. As a franchise operator for Jim’s Mowing (and much, much more), Peter is hands-on and out early on the tools. He also organises his teams to take on what usually turns out to be a pretty full day.

Peter is responsible for nine suburbs across Adelaide. If that doesn’t keep him fit enough, gym work and the occasional run maintain his fitness level.

Last year, eight days after his 50th birthday, Peter ran his first marathon in what was a pretty respectable time. He was hooked. 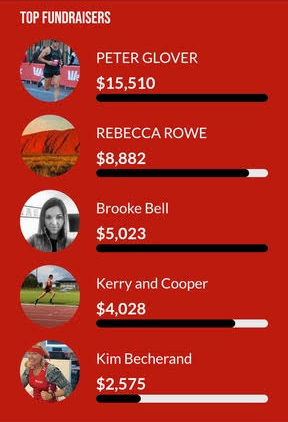 Looking for his next challenge, Peter found the Australian Outback Marathon and discovered it was tied in with Variety, the Children’s Charity. As a long time supporter of Variety, he found that he could run the marathon and raise funds at the same time.

So the plan was set. Although other people from around Australia were running and raising funds for Variety, Peter wasn’t content with just being part of this elite group. He set himself the personal task of raising the most money.

He knew that he could make a real go of it with his business contacts plus the support of the Bayside chapter and the greater BNI Adelaide CBD & South community.

As well as actively promoting his run and fundraising at every opportunity, Peter also visited other BNI chapters, which graciously gave him the time to speak for a few minutes on his charitable venture. He also invited businesses to be a part of the run by sponsoring him and having their logo featured on his running gear.

The fundraising culminated in a ticketed, family-friendly fundraising afternoon at the Astor Hotel that was open to anyone who wanted to further show their support. The afternoon was a huge hit and featured games, live and silent auctions, plus food, drink and entertainment.

Two weeks later, and after some nervous COVID moments, Peter was standing on the start line of the Australian Outback Marathon at Uluru.

For his efforts, Peter raised an incredible $15,510…nearly double the next competitor. He’s now settling backing into looking after people’s lawns and gardens. And, apart from a cheeky little half marathon in the not too distant future with fellow Baysider Gavin Bailey, the only running he’ll be doing anytime soon is his business. 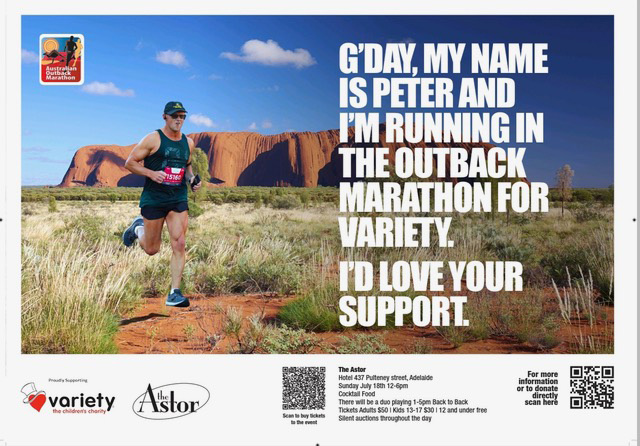