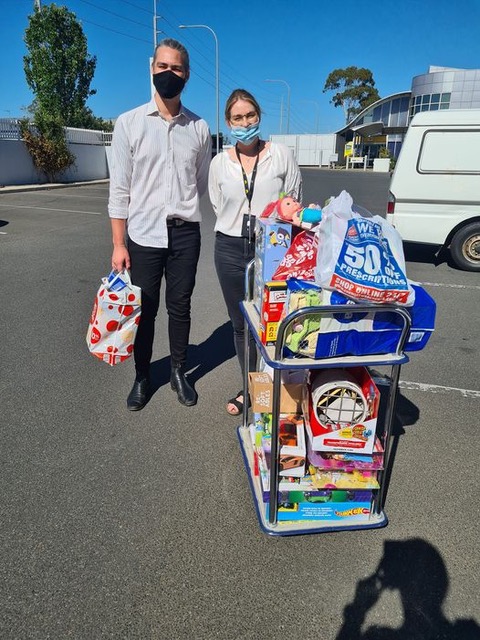 Christmas is usually a time of joy, getting together with loved ones and, of course, great food and the giving and receiving of gifts. However, it can be a traumatic time for some South Australian families, especially for kids.

Domestic circumstances beyond their control mean that some kids are taken from their homes, often leaving in a hurry with their Mums due to family violence. They leave home with little or no notice and no clothing or other essential items beyond what they’re standing up in.

And, it’s not just at Christmas. In fact, it’s something that’s happening daily.

Fortunately, Backpacks 4 SA Kids is an organisation dedicated to providing resources that contribute to the care, safety and wellbeing of children and young people during periods of dislocation from their home and routine care.

Bayside VP Angela Hull knows first-hand how young people are affected by dislocation. “I grew up with foster kids in my house; we were usually the first place they’d come to when they were removed from their families. I have seen how traumatic it can be for them and when they don’t have anything that is their own.”

Backpacks 4 SA Kids works in conjunction with child welfare, child protection, family violence and homelessness agencies to provide as many displaced children as possible with an age-appropriate backpack containing a range of items. The backpack gives them their basic needs such as underwear, toothbrush, PJs, one outfit, toy, book and a backpack for school.

Founded by Rachael Zaltron OAM in 2012 to help a few vulnerable and neglected children, Rachael, together with another family, began collecting donations for items with which to fill the backpacks and assembled them in her carport.

To date, they have helped more than 70,000 SA kids utilising just two staff and an army of volunteers. This year marks their tenth anniversary, and they have exciting plans and programs to help around 85,000 SA children.

Many BNI Groups chose to give back at Christmas time. Julian Robins from BNI Success wanted to ensure the charity they supported would directly benefit South Australian children in need and was immediately drawn to Backpacks 4 SA Kids. “Heart-warming and humbling and heart-breaking at the same time. So good to be part of BNI Success’ Christmas donation, giving back to children and teenagers in need within our community. It was also great to meet Rachael and learn more about what this amazing lady has founded — as well as learning how businesses and volunteers can get involved.”

Backpacks 4 SA Kids has several drop-off points for donations. Julian dropped off at their main headquarters and met with the founder, Rachael. Meanwhile, Angie took Bayside’s contributions to RAA Mile End that participated as a collection point for the Christmas Program.

If you’d like to know more about Backpacks 4 SA kids and the programs they run, and perhaps partake in a group charity drive, visit www.backpacks4sakids.org

The final thought from Angie Hull. “There are more kids in foster care than ever before, which is distressing, and these kids didn’t ask to be in this position. Giving a gift [at Christmas time] may make them feel like they are not alone and someone cares.” 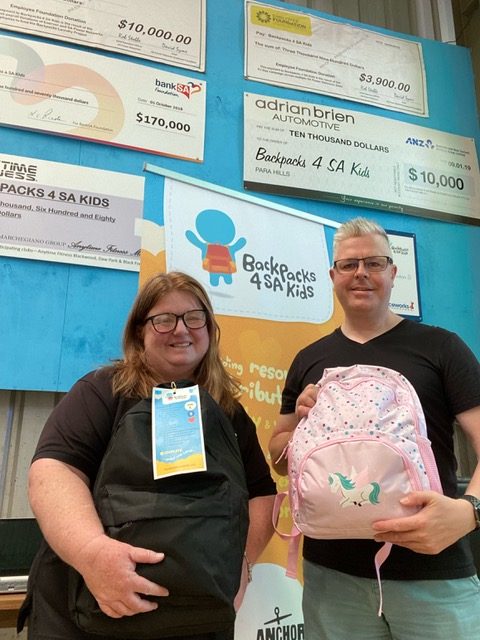 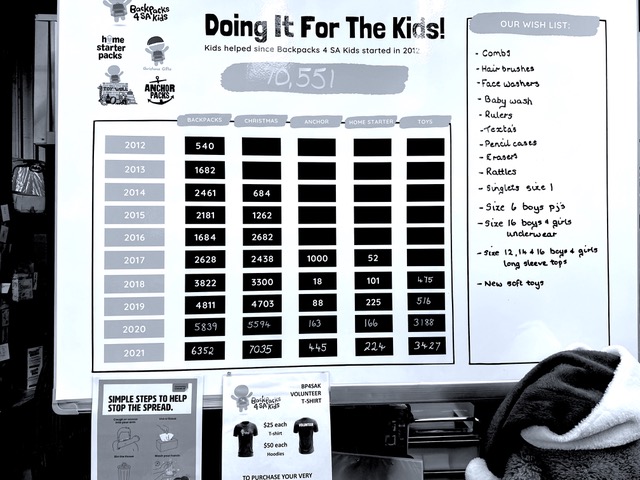